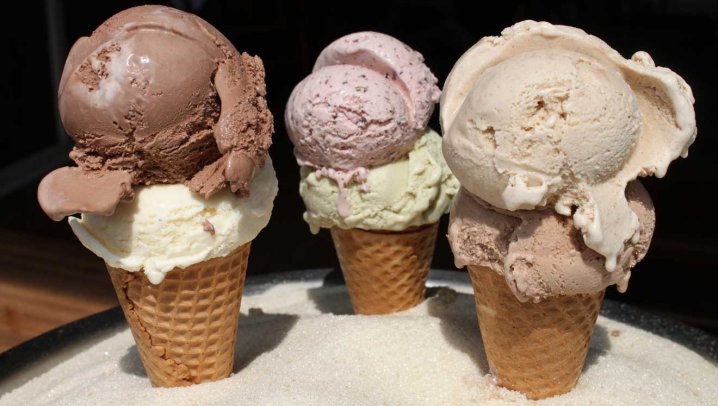 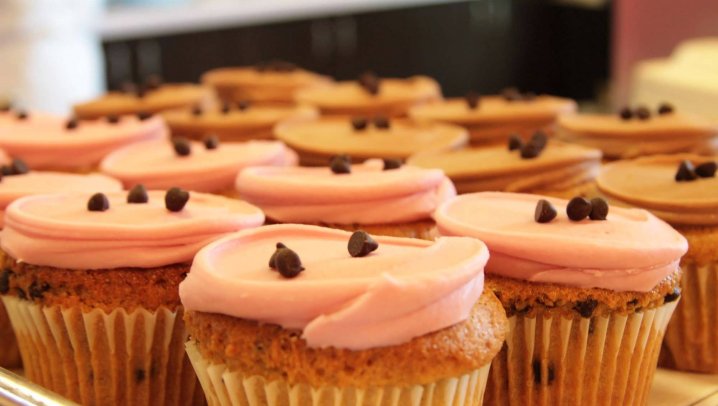 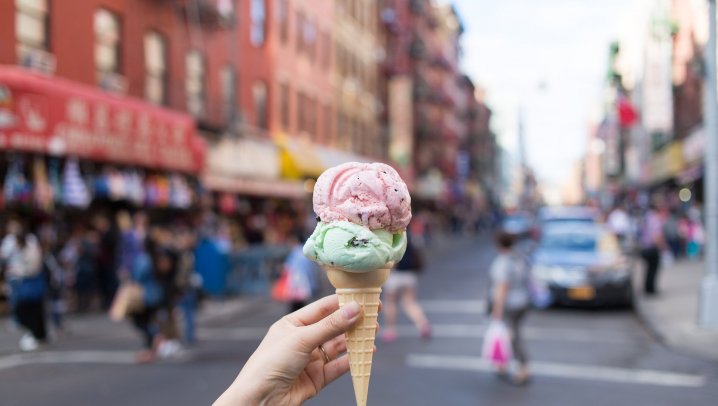 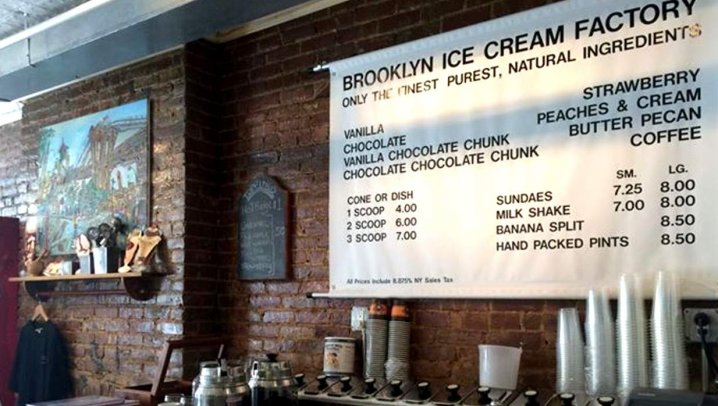 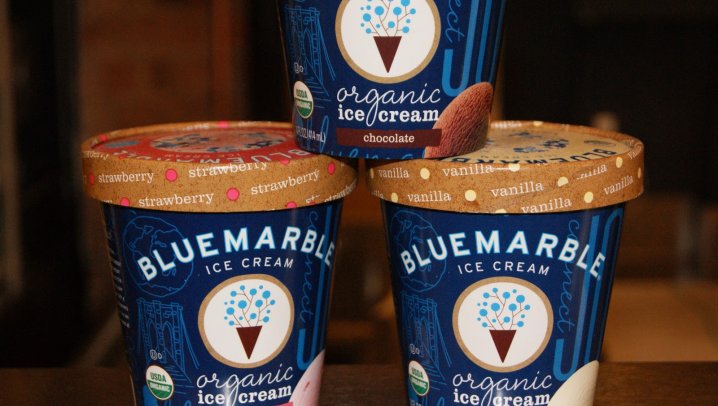 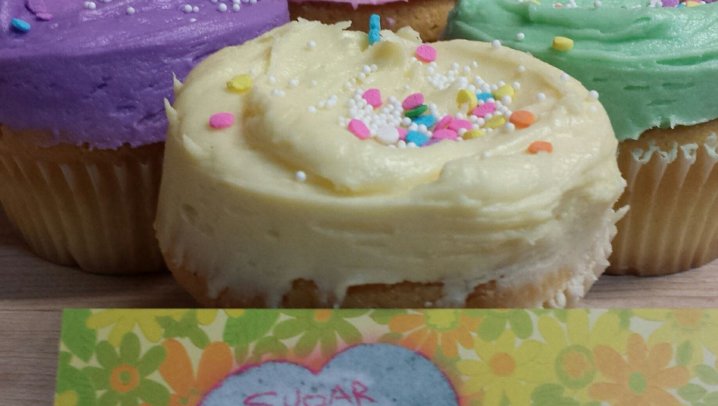 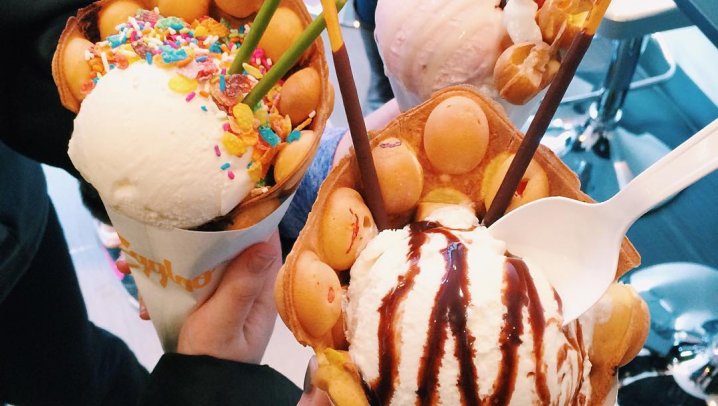 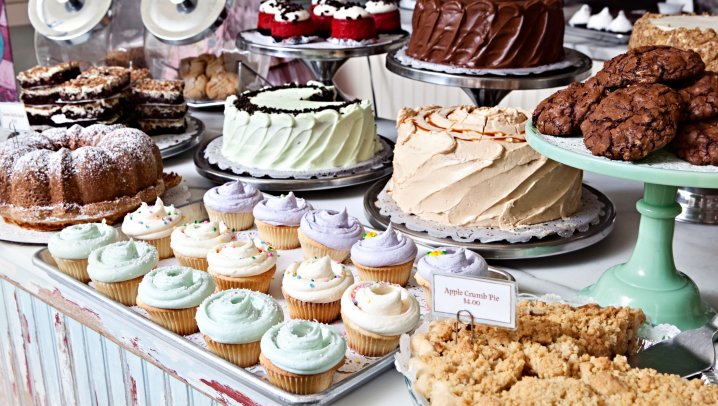 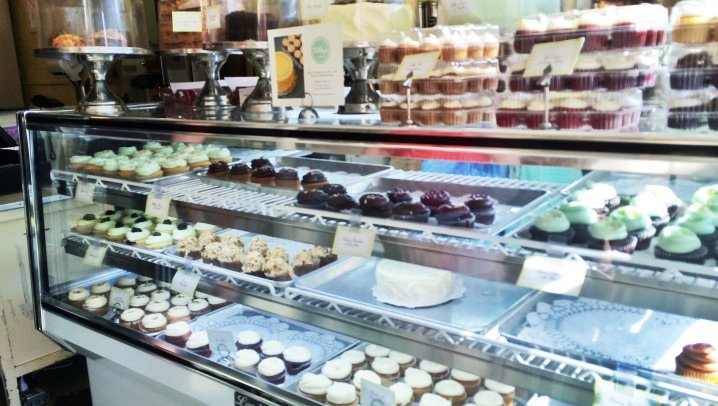 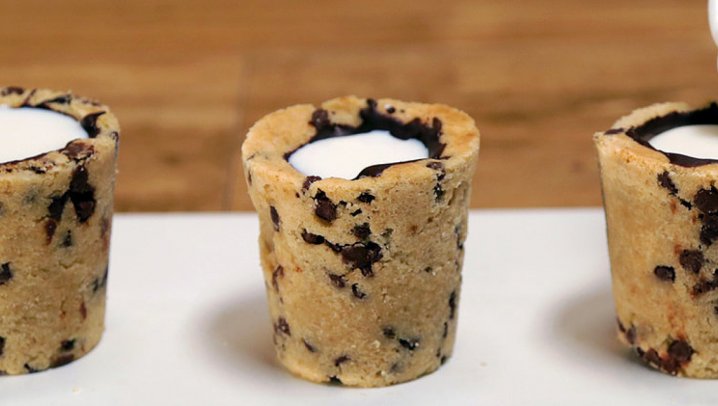 Unlike most ice cream vendors in New York, the Van Leeuwen ice cream truck is not stationary. It’s hard to predict where and when you’ll find their artisan ice cream made from local dairy.

As soon as I spotted the truck in Williamsburg, I promptly walked over and ordered a small cup of strawberry ice cream. The ingredients of each flavour have been scoured from the world over to ensure the highest quality, so even otherwise ordinary flavours like strawberry or vanilla are produced to the purest form.

If you want to gorge on decadent desserts like frosting-filled sandwich cookies dipped in chocolate chips, and get away with it, this is the place to do it. Babycakes NYC uses no refined sugars in its products, nor does it use any dairy or, for some items, gluten.

Since it opened in 2005, it’s gained popularity with vegans, the allergy-sensitive, and the weight-conscious for its delicious cupcakes, brownie bites, and banana bread. Butter, eggs, and sugar are replaced by coconut oil and agave sweetener, which result in high prices but as founder Erin McKenna will reassure you, the healthier ingredients will save you from medical traumas that conventional baked goods can cause.

Despite having some essential ingredients replaced, each of its (comparatively) wholesome treats has a nice flavour and texture and is very tasty.

Only in Chinatown will flavours like red bean and taro be labelled “regular” and chocolate and vanilla “exotic.” This family-owned favourite has been a local institution for 30 years.

The signature flavours, which include almond cookie, black sesame, and lychee, are served generously, so a single scoop is plenty. Stop by after dim sum or any meal in Chinatown and you won’t be disappointed.

It would have been easy for me to dismiss this place because it only offers six flavours. But if New Yorkers will walk across the Brooklyn Bridge to come here, they’ve got to be on to something. My friends and I stopped by after a pizza dinner at nearby Grimaldi’s. Perhaps the reason for its popularity is its suggestion that ice cream is the new health food.

Health food or not, the ice cream here was quite nice, better than a lot of those shops that have more than 20 flavors on any given day. We made sure not to let it distract us from enjoying the night time view of the Manhattan New York skyline visible from the shop.

This eco-conscious shop – it runs on renewable energy and uses biodegradable cups and spoons – began after one of its owners moved to Brooklyn and couldn’t find a decent scoop of ice cream in her neighbourhood. As an ice cream snob with a green heart, I’ll go as far as saying that it’s easily one of my favourites in all of New York’s boroughs.

I sampled a taste of matcha green tea before settling on a mini scoop of blackberries and cream, which I ate at one of the adorably decorated tables. Any establishment that uses locally-sourced ingredients and goes out of its way to make a minimal environmental impact gets extra points from me.

And even better yet, the owners are very globally aware and have started a nonprofit, Blue Marble Dreams, to help establish an ice cream shop in Rwanda and raise the spirits of its people.

Vanilla-frosted cupcakes come in a variety of sunny hues. The chocolate frosting is jazzed up with almond flavour, and there are two types of red velvet – sexy with a satin buttercream, or sassy with a chocolate almond frosting. I went for the owner’s favourite, the black & white (chocolate cake with vanilla frosting), which was nice and sweet, although the standouts seem to be the pistachio and pumpkin.

Even if it lacks the hype of some of its more famous counterparts in the city, it’s attracted a loyal following with its customers, and has even earned a mention in the Zagat guide.

Bleeker Street is lined with great eats. Cones stands out not only as the best ice cream shop on the block but also one of the best in the city. OK, so there isn’t much competition in its environs, aside from the ubiquitous Pinkberry and Red Mango, and the ultra-pricey Italian import Grom. But don’t let the no-frills interior deter you from the 24 flavours of delicious ice cream.

The Argentine ownership is evidenced by offerings of dulce de leche and mate. I sampled the mate and corn, both quite nice, and convinced the staff to squeeze two flavours into my small cup – Andean blackberry sorbet and strawberries and cream.

Made famous for its cupcakes by Carrie Bradshaw and friends, this old-fashioned bakery was the place where the craze for those childhood birthday treats began. If you like your cakes intensely sweet, you’ll be happy to know that Magnolia’s are liberally frosted with buttercream.

While the chocolate and vanilla cupcakes are the top sellers here, I personally prefer the specialty banana caramel and hummingbird varieties. Don’t forget to sample the other treats here – the mini cheesecakes, particularly the key lime, are also worth a try. Come during an off-peak hour, otherwise be prepared to wait in a line that wraps around the corner.

No matter how much people rave about Magnolia’s cupcakes, I think they’re for the most part pretty ordinary. There’s really no reason for them to be topped with that much frosting, making them so tooth-achingly sweet.

I’m one of the few people who will dare say that Billy’s Bakery in Chelsea, which offers many of the same treats, is better. It’s probably the only place where I’ve been tempted to get the vanilla vanilla (called the yellow daisy here), just because of its flowery name.

One of its specialties is the banana layer cake with cream cheese frosting, which I opted for in cupcake form. The atmosphere is so cheery here that I could easily stand for hours, watching the staff frost cupcakes.

Even if you’re not the type of person that would go to a bakery and get the most basic of all cookies, the chocolate chip cookies here are worth a try. They’re made from an oatflour dough that give it an extra crisp that set it apart from all other chocolate chip cookies you’ve ever tasted. There are plenty more to choose from, of course, and you can even help yourself to free samples. If you can’t decide on just one cookie, you can get three for $5.

​Article provided by our friends at Matadornetwork.com