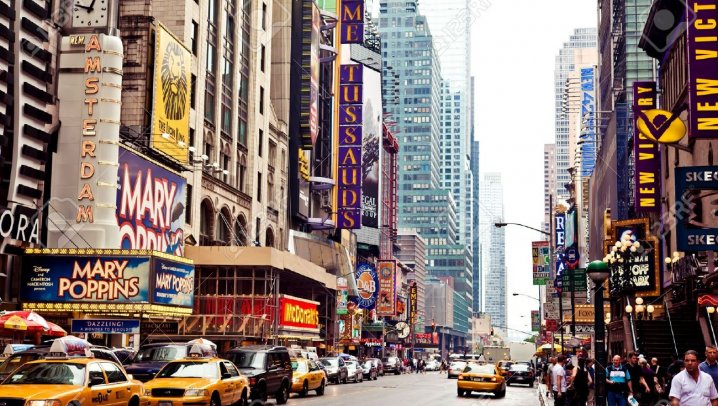 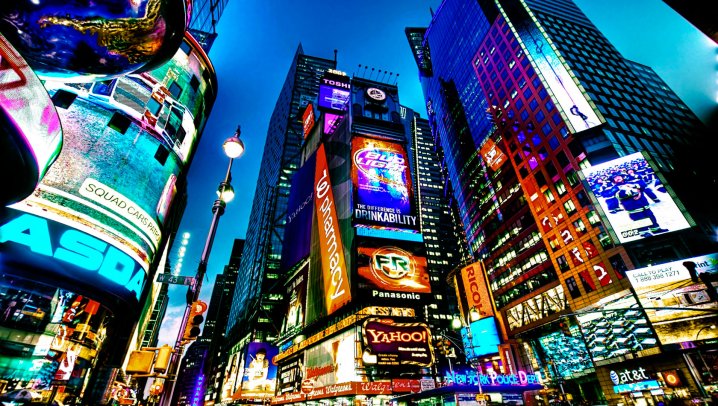 Times Square is considered as a major commercial intersection and neighbourhood in Midtown Manhattan, NYC at the connecting point of Broadway and Seventh Avenue, stretching from West42nd to West 47th Streets.

Times Square is brightly decorated with billboards and advertisements. It is sometimes referred to as ‘The Crossroads of the World', the 'Centre of the Universe', the 'Heart of The Great White Way', and the ‘Heart of the World’.

Broadway theatre, which is also commonly referred to as Broadway, refers to the theatrical performances which are presented in the 40 professional theatres with 500 or more seats located in the Theatre District and Lincoln Centre along Broadway, in Midtown Manhattan, New York City.

Broadway theatres are widely considered to represent the highest level of commercial theatre in the English-speaking world, along with London’s West End theatres.

A place to visit in New York City is The Theatre District. According to The Broadway League, in 2014, Broadway shows sold a record of US$1.36 billion worth of tickets, which is an increase of 14% over the previous year. The number of people who attended the Broadway Shows in 2014 stood at 13.13 million, which is a 13% increase over 2013.

Visiting New York City? Expect the unexpected by starting at Discover Times Square from where you can choose from 2 different exhibitions. You can also visit the world’s famous wax attraction, Madame Tussauds. Moreover, enjoy a late lunch a Planet Hollywood and at 4pm join Inside Broadway Tours which consists of a walking tour of New York’s Theatre District.

Ripley's Believe it or not! Times Square