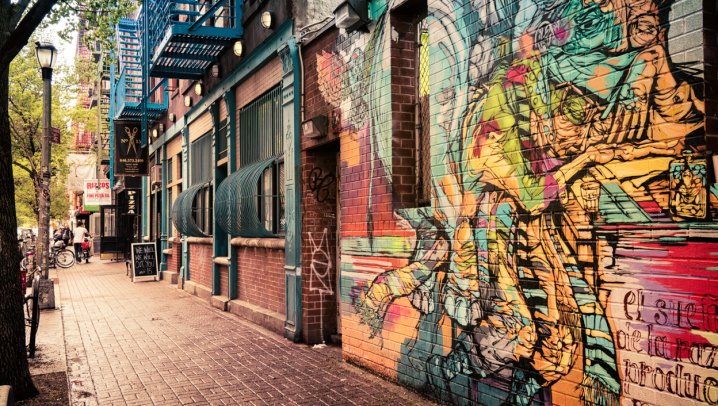 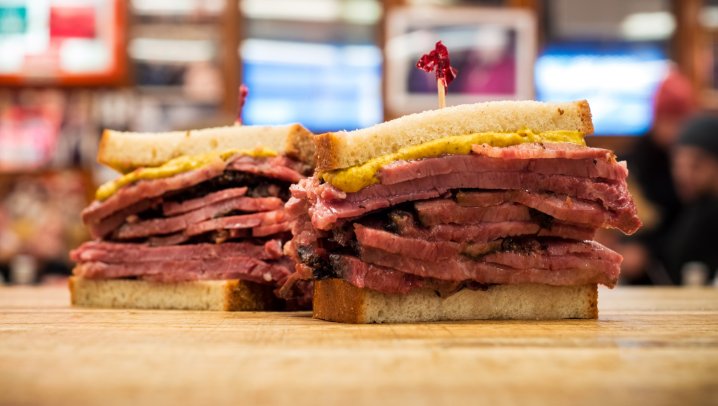 This walk is through old foreigner neighborhoods that have given New York its novel flavour and shows the continually changing surface of the city as neighborhoods are rediscovered and one arrangement of newcomers replaces another. Along the way, you can encounter an assortment of societies and cooking styles. Sunday is the greatest day for nearby shading.

Getting there: Take the subway F or V to Second Avenue; exit East Houston at Eldridge. Other stops: F to Delancey; J, M, Z to Essex. The M15 bus stops on East Houston and on the corner of Delancey and Allen Streets; M14A and M9 run along Essex Street. Returning from Chinatown-Little Italy, Canal Street station is served by the J,N,Q,R, and 6 trains.

Stopping-off points: Little Italy's cafes are perfect for coffee and cakes. For more substantial fare, Sweet-n-Tart at 20 Mott Street is good for Chinese food, or for Italian on Mulberry Street, Il Cortile or Il Palazzo. Il Laboratorio del Gelato, at 188 Ludlow Street, is a popular spot in summer, which offers dozens of flavours of ice cream and sorbet.

The Lower East Side

Start on East Houston Street, the outskirt between the Lower East Side and the East Village, where a portion of the best customary Jewish cooking can be found at Yonah Schimmel Knish Bakery. In the same area since 1920, Russ and Daughters, is controlled by the considerable grandson of the author and really popular for smoked fish and caviar. Katz's Delicatessen has been an installation for more than 100 years. Keep on norfolk Street and swing right to see the Angel Orensanz Center, housed in New York's most established synagogue building.

Turn tight on Rivington Street for the Shaarai Shomoyim First Romanian-American Congregation, a synagogue in a nice looking 1890 block building. The LES has been found by hip youthful New Yorkers and is presently home to bleeding edge boutiques, in vogue clubs, and eateries for good New York Food. On Rivington Street, on the off chance that you need to do some shopping in New York, cool design shops impart the pieces to the old.

Make a left onto Orchard Street, the conventional focus of the Jewish LES. The walkway stands offer generally shoddy stock, yet numerous stores offer markdown architect cowhide and mold. All are shut on Saturday, so Sunday is the busiest day. An absolute necessity stop for antiquarians is the Lower East Side Tenement Museum. A unique apartment has been reestablished to show how three outsider families lived from 1874 to the 1930s.

Take a short reroute to the directly down Broome Street for another novel survivor, the Kehila Kedosha Janina Synagogue and Museum, a little however interesting assembly with somewhat upstairs exhibition hall. Come back to Orchard Street, proceeding with to one side. A left at Grand Street will bring you into New York's previous "pickle region" on Essex. Venture into The Pickle Guys store, where you can test acrid, half-harsh, and hot pickles.

Head back along Grand Street, taking a left on Eldridge Street, which will take you, past Canal Street, to the great Eldridge Street Synagogue, the main Eastern European synagogue in New York, which additionally houses a historical center on the Jewish people group.