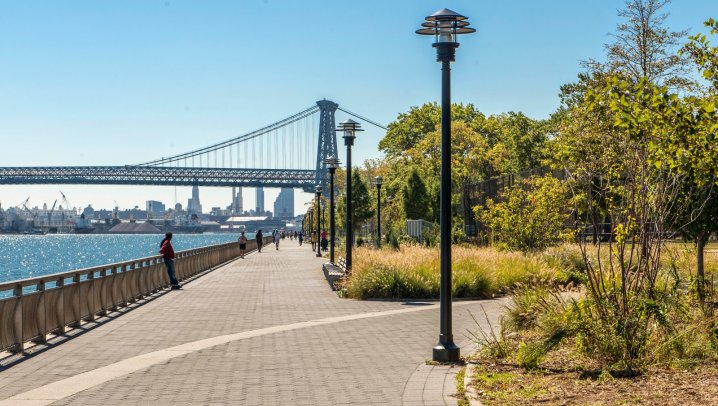 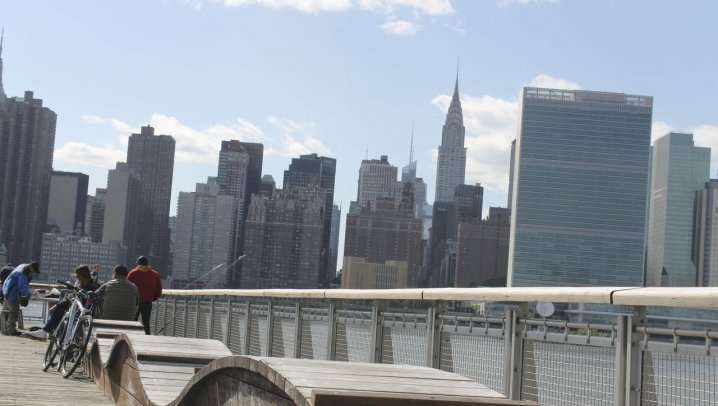 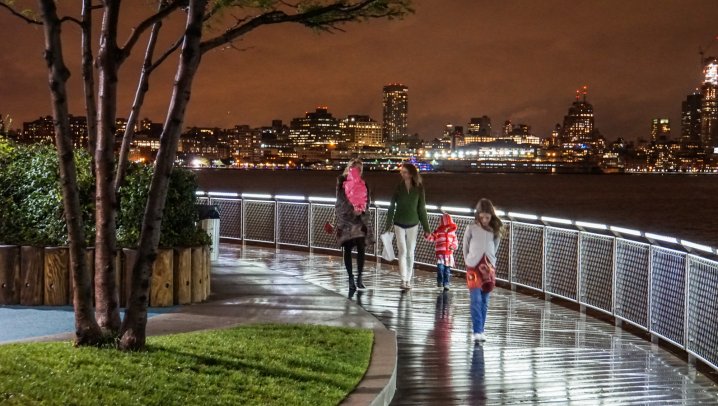 From the blustery Battery Park City Esplanade with its clearing waterway sees and upscale apartment suites to the brilliant yachts moored at South Street Seaport, this waterfront stroll acquaints you with New York's impressive sea legacy. The solid wilderness may lie only a couple pieces inland, yet it appears universes away, as the bleating horns and murmur of the crosstown transports are blessedly stifled. Walk the green tip of Battery Park for a startling update that Manhattan is, actually, an island.

Start your stroll on the Esplanade close Rector Place Park, west of the Rector Street tram stop. Over the Hudson River lingers the New Jersey horizon. Walk around the South Cove where you'll get sight, as accomplished more than 100 million workers on their landing, of Lady Liberty herself. Investigate Roberty F. Wagner, Jr. Park named after a previous New York City leader. The verdant sections of land of lush inclines, linden trees, and welcoming structures are a critical connection in Lower Manhattan New York's waterfront "greenbelt".

Move to the Wagner Park post point for vistas of the Hudson River. Here, data boards annual New York City's nautical history, when great boats and seaside bundles utilized these waters, which is a must see when travelling to New York City. Take after South Street, with the Brooklyn Bridge out there, Walk through the Vietnam Veterans Memorial Plaza with its glass remembrance scratched with the impactful words from troopers to their friends and family.

Travel north on Water Street, so named on the grounds that it marks what was at one time the water's edge, and past Old Slip; all avenues named "slip" are the place vessels used to dock between piers. Gaze west upward the celebrated around the world Wall Street as you cross it, for a perspective of the towers of Trinity Church.

Turn right at Maiden Lane, then left onto the interesting and cobblestoned Front Street, which encourages into South Street Seaport set apart by the wooden poles and sails of the tall boats on the harbor. Investigate New York's nautical history at the South Street Seaport Museum, which is unquestionably a place to visit, when traveling out to New York City, and after that meander the shop-lined Fulton Street to Water Street. 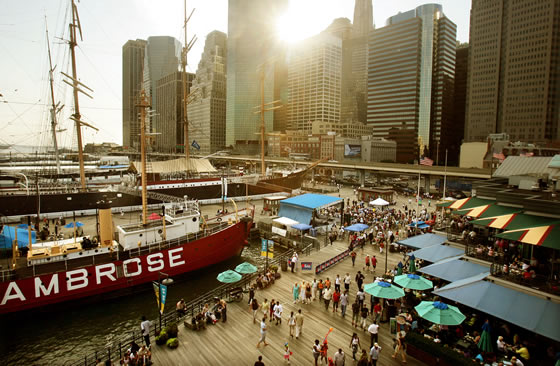