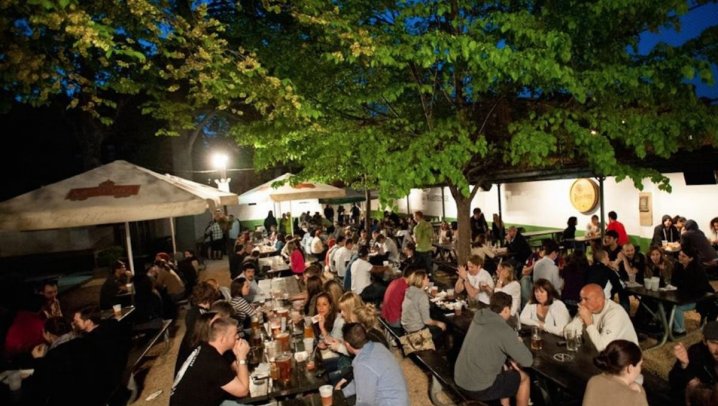 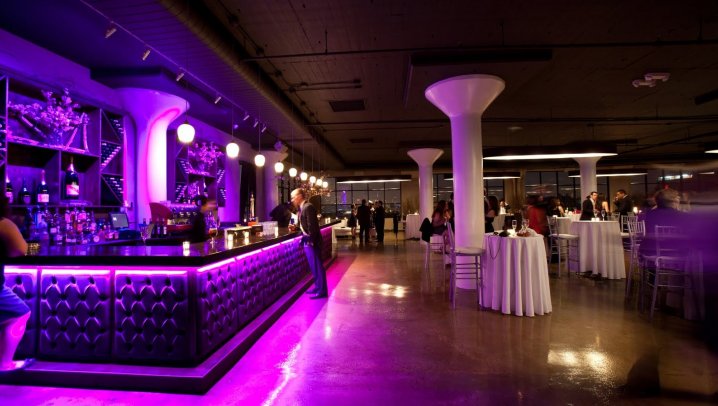 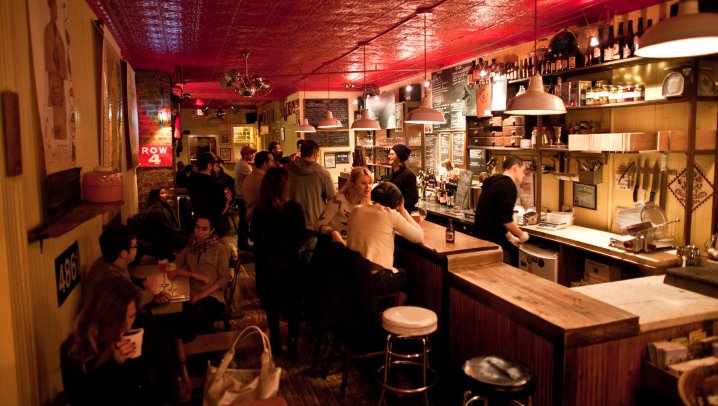 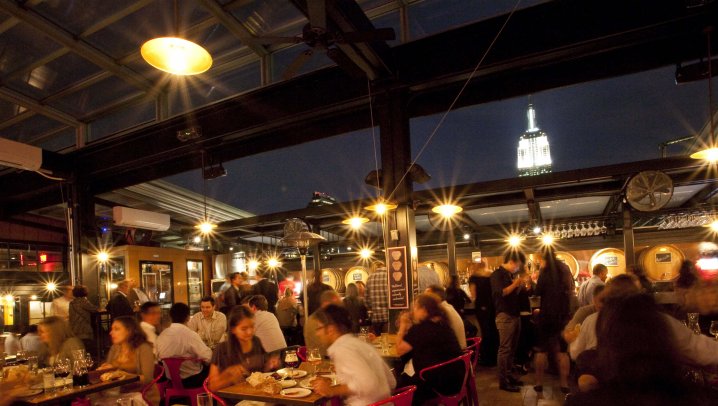 The beer garden serves many purposes. Once a waiter of fine Australian, Belgian, Czech and German beers, it is also considered to be a traditionally great place to find bona fide goulash, blintzes, or bratwurst, and if you’re lucky, sweaty, mature man in undershirts would be playing the unpronounceable card games of their adolescence.

The following are five of the best beer garden in New York City. Some of the bars are traditional while some are modern, meaning that they may not have goulash on the menu, plus there is another bar on the way.

This is the oldest of all New York City beer gardens. It’s been open since 1910 and is managed by the Bohemian Citizens’ Benevolent Society of Astoria. It doesn’t look anything special from the outside – you might even dismiss it as simply another dive bar – but inside consists of deep wooden booths which are perfect for sinking into a plate of pierogies and a pint of Krušovice světlé. Alternatively, you can bring friends to share a $15 pitcher of Gaffel.

d.b.a. is not considered to be a beer garden but they might as well, given that they carry around sixty varieties of beer, which include 12 different types of Belgian Trappist. If you’re feeling adventurous, they serve single-malt Scotches, a multitude of American, Irish, and even Canadian whiskeys, together with many different tequilas.

The outdoor décor is nothing special, it simply consists of white plastic chairs and tables, but the atmosphere here is so pleasant, especially with the Friday night after-work crowd throwing back brews and letting their hair loose. Weekends spent at the East Village location are often a mad crush of people, so check out the Brooklyn outpost, which has a mellower attitude but has a similarly sparse interior.

This is definitely not your average beer garden, with its cool, gleaming industrial fixtures and a combined 30,000 square feet between it indoor and outdoor space. Studio Square is located just two subway stops from midtown Manhattan New York, and consists of around twenty beers on tap, together with one gluten-free beer called Greens Discovery.

The muscular security guards and a disc rotations that’s heavy on “dance your pants off” type of tunes give it a clubby vibe. Beer prices here are very reasonable at$13 for a liter an $18 for a pitcher. The menu includes amazing Black Angus burgers for about 10bucks.

The beer garden is very close to Williamsburg’s massive hipster drag, the Radegast Hall & Biergarten all providing a respite from cheap cans of PBR. With 13 beers on draft and around 58 in bottles, you will not be regretting the lack of choices here.

Their menu includes Italian Pappardelle Primavera which is $11, and French Rib Steak which is $25 together with flaming kielbasa from the grill man located at the back. The space itself feature a retractable roof, exposed brick walls, and long wooden tables that provide just the right anchor for the $15 litre of Hofbrau that requires two hands to lift.

They also have a sweet brunch deal. All dishes are served with a free Cucumber Bloody Mary or Peach bellini.

Spuyten Duyvil is less of a beer garden and more of a tribute to beer itself. It is a place to swear fealty to the lord of hops. This Williamsburg bar consists of six beers on tap, cask offerings that are changed every season and about 140 different bottled beers, all broken down by country and region: Belgian, Dutch Swedish, Finnish, German, Japanese, together with Sri Lankan beers are all represented here.

The interiors of the beer garden are warm and very welcoming, with chalkboards listing what’s available and neat flea market finds decorating the walls. The garden’s ivy-covered brick walls obstruct the view of any lingering hipsters outside.

La Birreria was scheduled to open in 2011, but the date is being pushed back.  It will be the rooftop beer garden of Mario Batali’s Italian megamart Eataly. Three different brewmasters- from Dogfish Head, Baladin, and Del Borgo breweries – are collaborating on three original ales, which will all be made in a copper clad system just a few feet from here customers sit.

Six draft ales together with 30 different bottled beers will round out the selection, and Batali himself is composing a menu of small dishes to accompany the beer. La Birreria could be a game-changer on the New York City biergarten scene, taking beer geeks out of the backyards and depositing us into the sleek, stylish caverns of the Flatiron district – or under the retractable rooftop, as it were.