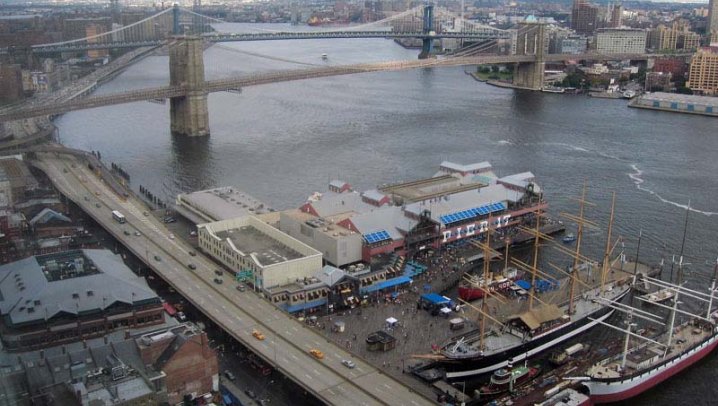 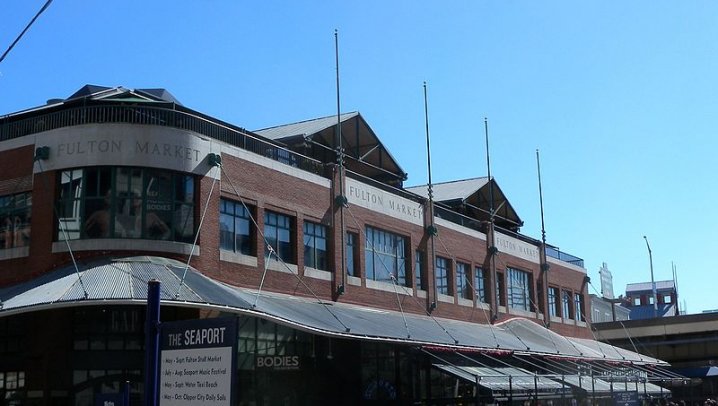 The South Street Seaport is a historic area found in Manhattan, one of the five boroughs of New York City. It is centered where the Fulton Street and the East River meet and is also found next to the Financial District.

It features some of the oldest architecture, related to the beautiful design and construction of buildings in downtown Manhattan which includes the largest concentration of restored early 19th century commercial buildings in the city.

The seaport includes newly made original business-related buildings, renovated sailing ships, the former Fulton Fish Market and tourist mall which is built on Pier 17 on the East River. Tourists have a wide variety of shops and a food court, which also consists of a nightlife together with a view of the East River Brooklyn Bridge, and Brooklyn Heights. At present Pier 17 is closed and is scheduled to reopen at either the end of 2016 or the beginning of 2017. However, dining and clothing boutiques are still opened in the area and are definitely worth checking out.

Find your closest Water Taxi stop and head over to Pier 11, which is a short walk from South Street Seaport. When you have explored the Seaport and enjoyed many of its cultural events, dining opportunities and shops, you can head back using the Hop on Hop off Bus, and take a Circle Line Downtown Cruise or simply rent a bike from Blazzing Saddles.