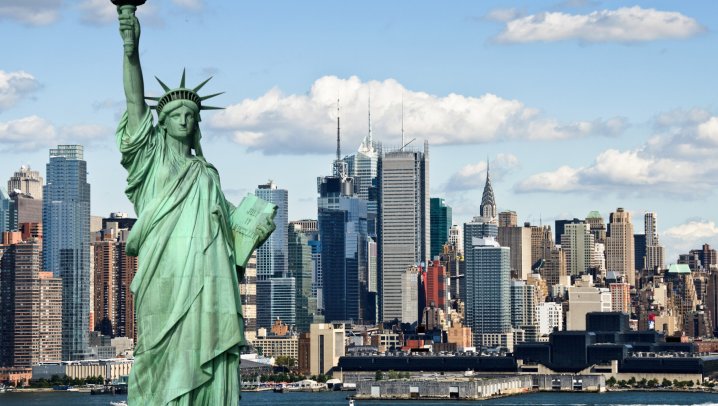 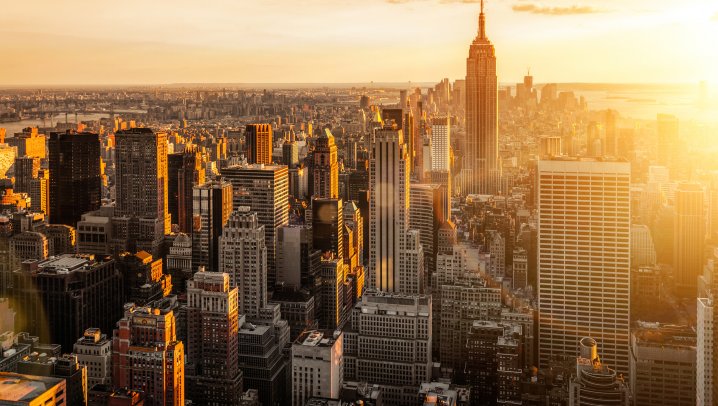 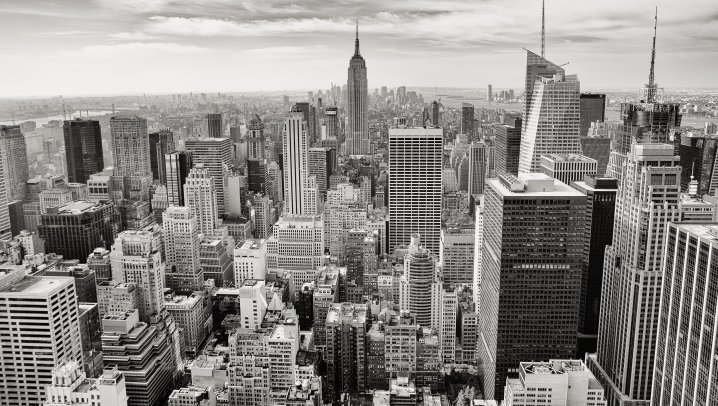 You might get shoved, elbowed, pushed, or cursed at. People are trying to get to work. They don’t care that you’re suddenly second guessing whether you want to go uptown or downtown. They don’t care if you’re waiting for your friend who can’t get her metro card to swipe and is now stuck at the turnstile madly pushing it over and over through the card reader.

2. Washers and dryers in apartments are few and far between.

People talk about them existing but many have never seen them — kind of like the Loch Ness Monster or Big Foot. But don’t worry; there are at least two laundromats on your block alone. And it’s a holy marvel how neat and compact those places fold your clothes. You bring in a huge unwieldy bag of dirtiness and get back a dense, hard-packed rectangle of clean. Amazing.

If you still get the heebie-jeebies about someone else touching and folding your stuff, try the Sunshine Laundromat and Pinball in Greenpoint (860 Manhattan Ave) where you can wash your skivvies and play, you guessed it, pinball or the LG Laundry Lounge in Harlem, which has Wifi and desk workspace. You can write your dissertation on the effects of gentrification on Bed-Stuy and Crown Heights while watching your business-casual shirts from J. Crew go round and round.

3. If your metro card won’t swipe, rub it against your pants then swipe again.

It works. Believe me. Just try it. This applies pretty much everywhere but is especially crucial in Midtown. Who knows why everyone in the Garment District is always in such a hurry but things are serious on the sidewalks there, serious as in you’ll be run over by a tall, lithe, queen carrying six shopping bags and a tall skinny latte from Starbucks, wearing capris, platform heels, and impossibly large sunglasses. Get out of her way.

5. Times Square is to be avoided at all costs.

Unless you scored some cheap tickets at TKTS and are going to see Book of Mormon,Something Rotten, or Hand to God. In which case, dodging the throngs of meandering, tall-building-gazing, ‘Oh look at that billboard, it’s a huge television!’- exclaiming packs of khaki-wearing tourists is totally worth it.

6. It’s perfectly acceptable to eat a meal by yourself in a restaurant.

No one cares here. No one thinks it strange, no one thinks you’re out eating alone because you don’t have anyone to eat with.They don’t know your life, nor do they care to. Take a book, something like This Changes Everything by Naomi Klein or Gilead by Marilynne Robinson. Take yourself out for a nice dinner or lunch at Prune, Westville (any location), or ABC Kitchen for New York food. The waiter will probably seat you at a nice table near the window.

7. Sometimes U2 performs in a subway station.

And sometimes Jimmy Fallon is there too. Really. You never know what or whom you might see. Look up from your phone every once in awhile. Cool shit happens all the time here.

We know every other express train line in the city stops at 14th street but for some inexplicable reason the B and D do not.

10. You’re not really hip enough to ride the L train.

Don’t worry — most of us aren’t. I have no idea who those perfectly manicured people with outfits that look as if they stepped right out of an Abercrombie and Fitch or Anthropology catalogues are.

11. Let people exit the train before you get on.

12. There are quiet places here, if you know where to look.

Try the New York Public Library Main Branch in Bryant Park. I like to sit on one of the stone benches on the landing of the wide staircase where you can look down to the front door. There’s also a café on the ground floor.

13. If you need a public restroom, skip the Starbucks.

The line is always long and they only ever seem to have a single stall in operation. Barnes and Noble always have public restrooms, so does Old Navy. And the big department stores like Bloomies, Bergdorfs, and Saks. If none of those are around, simply walk into any hotel lobby like you belong there. If anyone asks, say you’re waiting for someone and ask where the restroom is.

14. If a train car is empty during rush hour, there is a damn good reason.

Don’t get on it. Either some drunken college kids from NYU threw up on it or there are probably two or three homeless people holed up with their carts and bags. They are harmless but the smell of months of not washing in NYC is something foul like you have never smelt before — it’s dirt, grime, vomit, mold, rotting food, alcohol all rolled into one. It will drift in through your nose until it permeates your very soul. Don’t get on the car.

Sidenote: Instead of being put off by any homeless people you run into here, consider helping out through a great organization like City Harvest that rescues food for the hungry, The Bowery Mission, which provides shelter, food, and medications, or The New York City Rescue Mission, which also provides shelter and food as well. as, a medical clinic, recovery program, learning center, and social services. You’ll be glad you did.

We really are. If you need directions, ask. We’ll be happy to tell you. (As long as you didn’t stop us in the middle of the subway stairs to ask, of course).